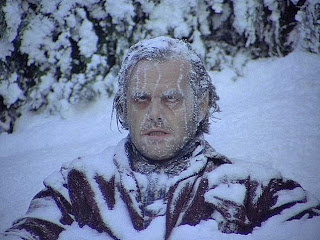 All of our 2012 Christmas orders are shipped and due to arrive on or before your Drop_Dead_Date.  Thanks for making this another great year!

If you had an order in here with a due date of sometime just after Christmas, those will also be in the works and delivered on time.

So, as we do every year, FISH will be mostly shut down until sometime in mid March.  If you want anything, you must email us first to see if we are even around.  You can still place orders for a delivery in late March or later, and we would encourage you to do so.  Get them orders in early so we can plan production and get the stuff out the door in time for your Spring and Summer plans.  See you in 2013!
Posted by FISH Products at 8:59 AM 0 comments 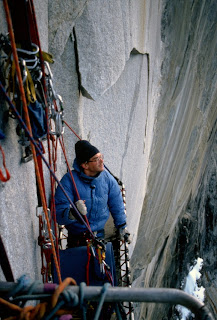 The last day to order anything and have any hope of getting it under the tree this year is December 19th, Wednesday.  Even then you are cutting it way close.  If you don't really need it under the tree, but it would be nice to have, let us know if we have any slack.  Some guys will be heartbroken if the stuff does not arrive on time, and clogging up the system if you don't really care would sorta suck for them.
And if the whole end of the world Mayan Calendar thing works out, it won't matter anyway.
Cheers and have a great holiday!
Posted by FISH Products at 12:54 PM 0 comments

If you like offwidth, be sure to check out the WideBoyz movie.  It will make a great X-Mas gift.
Available here:  http://hotaches.com/shop/wide-boyz/ 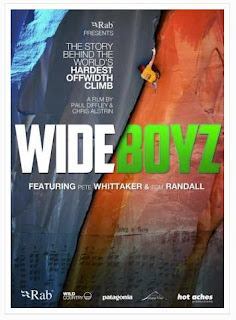 Here is a link to my review on our sister site WideFetish.com

http://widefetish.com/simplemachinesforum/index.php?topic=764.0
Posted by FISH Products at 10:50 AM 0 comments 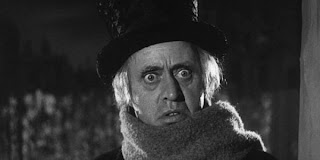 Start thinking about getting your Christmas orders into us as soon as you can.  If you want a Portaledge under the tree this year, the order should be in here around the 1st of December to ensure delivery by the 25th.  And remember, after Christmas we usually scale back all things FISH until Spring.  Orders can still come in, and we will be shipping stuff out, but response time can get slow.  Plan accordingly.
Posted by FISH Products at 8:57 AM 0 comments

Only a few more days left to pledge money to get this project done!

See the link below for all the info and a big thanks to all that have already helped out with a KickStarter pledge.

Back in the olde days, we used to run advertising on some online sites and in the print mags.  Some of those ads were pretty funny, odd, outrageous and occasionally pot-stirring.  I'm going to start putting them up here on the blog for posterity.

We'll start with "Romero".  I think the first Romero ad ran in either Rock and Ice or Climbing, or both.  I'll try to narrow the year down, but it was right around 1993 or so.  The line was pulled from the Heminway novel, The Sun Also Rises.  The ad was conceived and published by Chris Persinger, the in-house ad guy, seamstress, and bar tender at FISH Products at the time.

The banner ads below were all put up on RockClimbing.com when it first got going.  The infancy of the web made stuff like this very affordable since nobody really even knew how many people were viewing pages or actually clicking on ads. 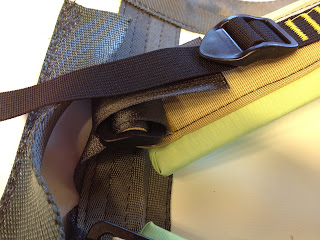 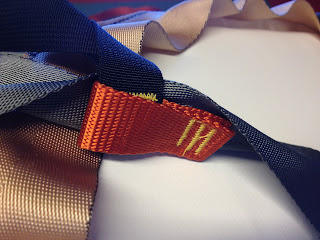 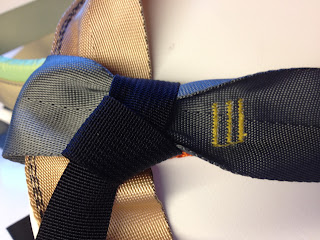 This is what it should look like when attached properly.
Posted by FISH Products at 8:56 AM 0 comments 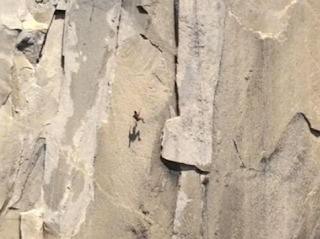 "Even though El Capitan was no longer being distributed, I continued to get inquires and requests for the film. When very, poor, quality bootlegged copies started showing up on the Internet, I knew I had to do something. I decided to look at the original film, that ran through the camera, and to my surprise after almost 45 years, it still looked pretty good. I had it digitized (scanned) in high definition. The new technology is of such high resolution that every little scratch and bit of dirt on the film showed up crystal clear. In order to restore the film to its original condition, over 86,000 frames, one frame at a time, has to be digitally cleaned and repaired. With digital software we are able to reconstruct the film with all the original effects, restore the color, and make it look even better than the 16mm film prints.

After several years of being repeatedly asked, “Whatever happened to the climbers?” I approached them with the idea of making a film that would reveal their lives today, and have them recall their memories of filming El Capitan. About a year ago, I started filming and have captured some delightful and insightful moments of their lives and accomplishments. Though still being edited, the film is turning out to be candid and entertaining. When it is finished, it will be included on the DVD with the restored El Capitan.

With the money that I hope to raise from Kickstarter contributors, I will be able to complete the El Capitan film restoration, finish “Whatever happened to the climbers?” (working title) and prepare the DVD master.

After being out of distribution for over 10 years, with your help, the classic film, El Capitan, will finally be available again, restored in HD and looking better than ever.

If you would be inclined to pass this information on to your friends by way of Twitter and Facebook, it would really help.

Thank you for your support. 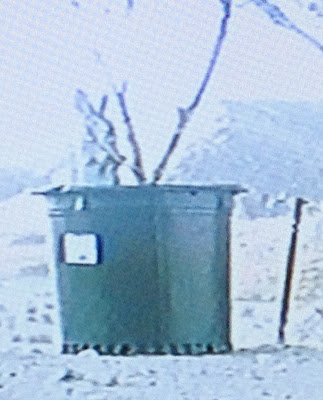 Back in the office starting right now.... things will be a bit slow for a few days while we get back into the groove.  Go easy on us.

Hey!  The heat is almost done and Fall wall season is coming up fast.  Get your orders in now for the rest of the season.  Ledges are a 3 to 4 week delivery time and haul bags and stuff should be about  a week or two from when you order.  Don't wait!  Order up soon! 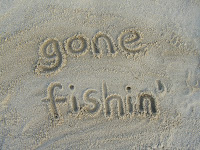 FISH will be sorta closed starting June 1st until maybe the end of July.

What this means is email confirmations of orders and inquiries might take a few days until we can get back to you.  Panic orders for large items are probably not going to happen within that time frame.  Feel free to ask if we are around and might be able to make you something, like a Haul Bag, some Aiders, perhaps a few Daisy Chains etc... Stuff like that should not be a problem.

If you are going to want something like a Portaledge for your Fall wall season, now would be a good time to get that order in here so we can plan it out and get you the goods when we return.  Use the order form on the site and send it on in with your drop dead date and all the vital info.

If you already have an order in here, it will be produced and shipped according to your drop dead date.  Our summer hiatus should not affect you.

Have a great summer and let us know if you have any questions.
Cheers!

Ps:  EFFECTIVE IMMEDIATELY:  We're are also moving or now have moved out of the Indian Cove area, so don't do any flybys and scare the renters that are now living in the house. 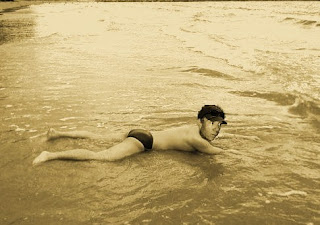 Posted by FISH Products at 8:57 AM 0 comments

We're out of town! 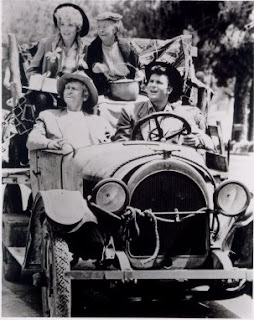 We will be out of town from May 3rd until May 12th, or so...
Adjust your panic accordingly.  If possible, I'll try to check on emails and such, but a reply could be slow in coming.

You can still send in orders and all that other jazz, but you will have to wait on getting a confirmation.
Posted by FISH Products at 7:55 AM 0 comments 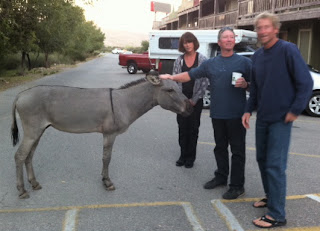 We're Back!
Give us some time to sort through the wreckage and the tons of emails and orders that came in during our hiatus.  If you sent in an order you should have received a confirm by now.  If not, bend our ear about it.

If you have any wall plans for 2012, be sure to order your wall goodies EARLY!  Plan ahead for maximum product enjoyment.
Posted by FISH Products at 12:31 PM 1 comments 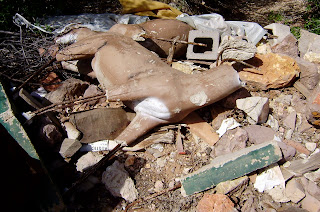 We will be mostly closed / out of the office / doing the winter hiatus thing until sometime in late February.  Orders that are in here now will be made and shipped for their due dates.  New orders will be accepted for Spring delivery.  If you need something NOW, you will need to email us to see just how possible that might be.

If you want a Portaledge for the Spring/Summer of 2012, think about getting that order in here now. There is already a list going and production, as always, is limited.