Lazide Writes:
I also have some 2 year old mammut slings with light fuzzing, and some 5mm spectra cordalettes and at least as old spectra cam slings (5mm cord) - how about those?

Russ writes:
The Mammut cord was pulled to 4200lbs and there was some fiber separation at the points where the biners were. Here are 2 pics: 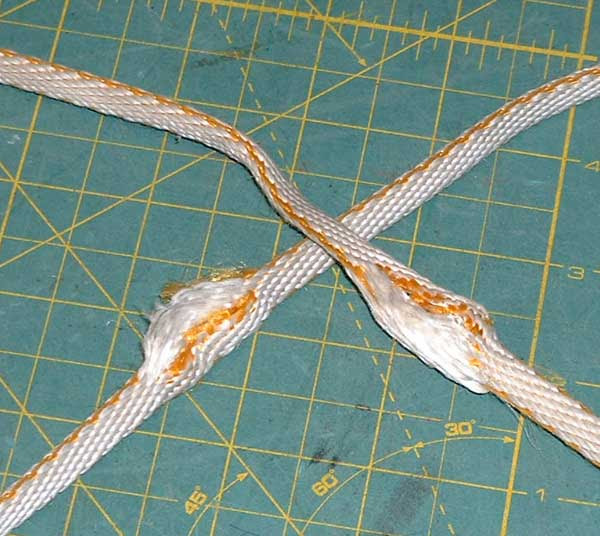 The Mammut sling is rated to around 4800lbs.... survey says, bomber.

The Spectra cords are featured in this short movie:
http://www.fishproducts.com/supertopo/sling_test1.mov
and here is a pic of the results: 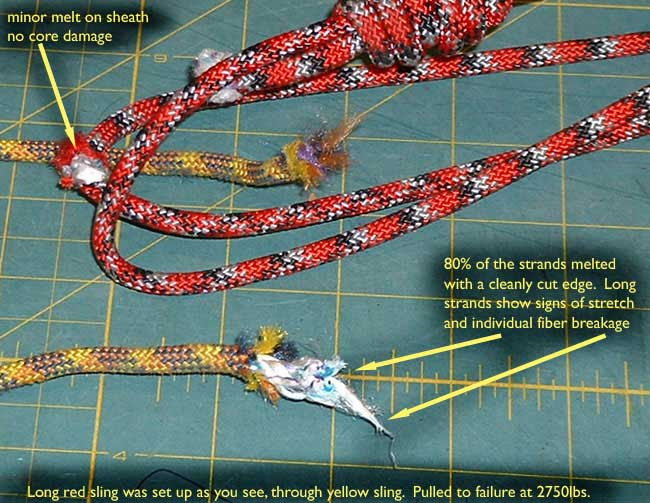 The 5.5mm spectra broke at 2750lbs looped to each other. It may not sound like a lot, but it is probably more than your spleen can take... survey says.... kinda bomber??
They are all at a level of wear I would suspect most people would consider 'ok' and would consider climbing on them, but it seems that could be a fatal decision in light of recent events.
Looking at the stuff real quick style, I would use any of it and most of it looks better than the stuff I use all the time. I'll keep pulling the stuff and post any finds along with a final report to this thread.
More tests: Same spectra as above. Girth hitched to each other: 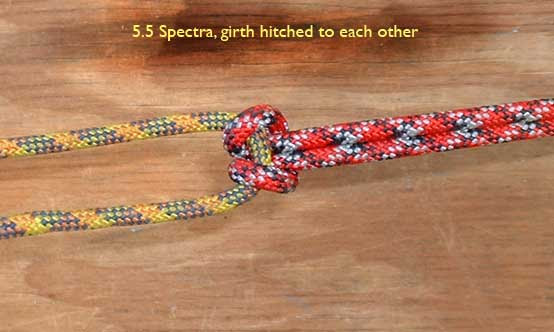 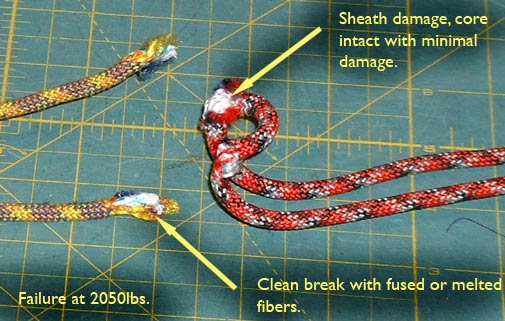 Broke at 2050lbs.... your spleen might live through this. Survey says: don't girth these if you plan on ripping onto them.
Posted by FISH Products at 9:28 AM